Mt. Nanatsuishi or Nanatsuishi-yama is one of the famous peaks of Okutama. Located in the western part of Tokyo, the mountaintop that opens to the west is also popular as an observatory for Mt. Kumotori.

Photo 2: A close view of Mt. Nanatsuishi as seen from Ishione ridge. There is a steep slope to the top. The trail on Ishione is well maintained and easy to walk. (Photo: 2017/5/23)

Watch the highest mountain in Tokyo at the summit of Mt. Nanatsuishi.

In the western part of Tokyo, there is a popular mountain area called “Okutama”. To get here, it is common to take the JR Chuo Line and JR Ome Line from central Tokyo.

A long ridge extends from Okutama Station, the terminal station of the JR Ome Line, to Mt. Kumotori, the highest peak in Tokyo. This ridge is called “Ishione”. Ishione means stone ridge. However, Ishione is not a rocky ridge, but has a beautiful and easy-to-walk mountain trail.

First, take a look at the scenery of Ishione. The following 4 photos were taken between Okutama Station and Mt. Nanatsuishi. 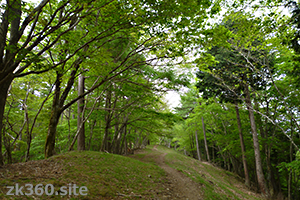 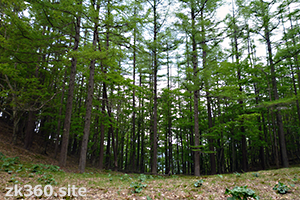 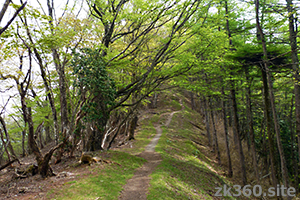 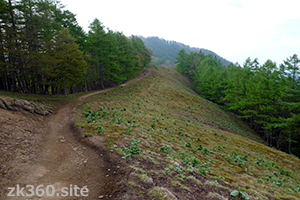 Mt. Nanatsuishi is located on the ridge of Ishione and is known as the observatory of Mt. Kumotori. Its altitude is 1757m, and “Nanatsuishi” means seven stones. From here to Mt. Kumotori, you can enjoy a pleasant ridgeline walk.

The next 4 photos were taken between Mt. Nanatsuishi and Mt. Kumotori. The mountain in the center of the last photo is Mt. Kumotori. There are no trees beside the mountain trail. This is a firebreak that stops the fire in the event of a forest fire. 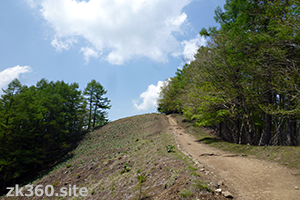 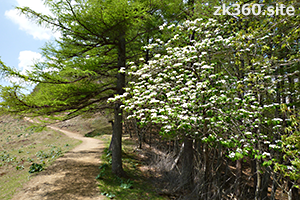 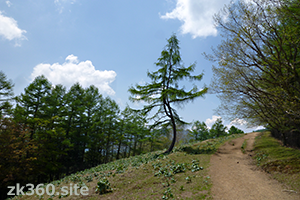 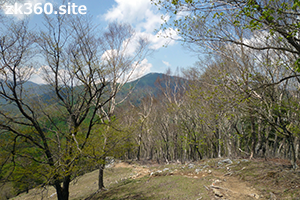 Treking Ishione is fun, but it’s difficult to walk from Okutama station in a day because of the long distance. Therefore, we usually take a bus to Kamosawa bus stop and head directly to Mt. Nanatsuishi. It is possible to make a round trip from Kamosawa to Mt. Nanatsuishi in one day.

If you want to go further to Mt. Kumotori, stay overnight in a mountain lodge or tent. The Okutama hut on the ridgeline closed in March 2019 and no longer exists. Staying in a tent is also prohibited (as of August 2021). Therefore, please use Nanatsuishi hut or Kumotori sanso lodge.

Then, please enjoy the view from the summit of Mt. Nanatsuishi.

*Click the word THETA at the bottom left of the screen to see a wider screen.

(1) From JR Okutama Station, take a bus bound for Kamosawa-Nishi or Taba and get off at Kamosawa. The shortest route is to climb straight up to Mt. Nanatsuishi from there, and the course time is about 3.5 hours. If you go by car, there is a parking lot for climbers up the forest road from the side of Kamo Shrine near Kamosawa.

(2) From JR Okutama Station, take a bus bound for “Syonewdou” to Naka-nippara (stops at Higashi-nippara on Saturdays and Sundays), and climb “Inamura Iwaone” to Mt. Takanosu. Then walk “Ishione” to Mt. Nanatsuishi. However, as of August 2021, “Inamura Iwaone” is closed, so we can’t go this route right now.

(3) From JR Okutama Station, you can walk along “Ishione” and go to Mt. Nanatsuishi via Mt. Mutsuishi and Mt. Takanosu. However, the distance is long, and it takes a day for a general climber. That night you should stay at Nanatsuishi hut.

[Mt. Takao] A world record mountain with an altitude of 599m listed in the Michelin Guide.