This is Mt. Ko-kumotori or Ko-kumotori-yama in Okutama, western Tokyo. It is a different mountain from Kogumotori on Nakahechi of the Kumano Kodo in western Japan.

There are no noticeable peaks, but I recommend stopping at the summit of this mountain.

“Ko” at the beginning of the mountain name means “small” in Japanese. So, Mt. Ko-kumotori means “small Mt. Kumotori”.

Mt. Kumotori is located on the western edge of Tokyo, on the border between Yamanashi and Saitama prefectures. It is the highest peak in Tokyo and has been selected as the “One Hundred Mountains of Japan”.

In Okutama, there is a mountain called Mt. Nanatsuishi. From there, you can see another triangular mountain shape just below the peak of Mt. Kumotori. Maybe this is Mt. Ko-kumotori.

However, when we go to that place, there is no mountain peak. There is no sign of the mountaintop. There is only a trail branch suitable for a break.

Actually, the place like a small hill in Title Photo 2 is Mt. Ko-kumotori, and there is a narrow trail on the left. In less than a minute, you will reach the summit of Mt. Ko-kumotori, which is surrounded by trees.

The mark is only a small handmade sign, the altitude is 1936m. When I went in May 2017, there was a small sign hanging on the tree. 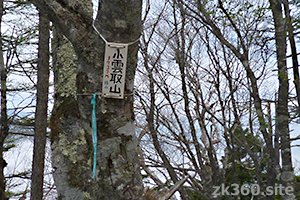 Now, enjoy the spherical panoramic photos. First, in front of a hill with the mountain. This is also a pleasant place with a good view.

*Both of them can be viewed on a wider screen by clicking the word THETA at the bottom left of the screen.

Next is a spherical panoramic photo taken at the summit of Mt. Ko-kumotori.

In the second spherical panoramic photo, I would like you to see the sky. You can see directly above by scrolling the screen downwards.

Under this sky, we humans have lived for thousands or tens of thousands of years, surrounded by trees. The peak of the rocky ridge overlooking the distance is attractive, but I think that the mountaintop where you can feel the peace like this is also good.

(1) From JR Okutama Station, take a bus bound for Syonewdou (limestone cave) to Naka-Nippara (to Higashi-Nippara on Saturdays and Sundays), walk along the Nippara Forest Road, and then climb to Mt. Ko-kumotori. This is the shortest route. However, this course may be closed due to the collapse of the mountain trail, so check in advance.

(2) From JR Okutama Station, take a bus bound for Kamosawa-Nishi or Taba and get off at Kamosawa. From there you can climb Mt. Nanatsuishi and then to Mt. Ko-kumotori. An ordinary climber can reach the summit in a day. When going by car, there is a parking lot for climbers up the forest road from the side of Kamo Shrine.

(3) It is an attractive long route from JR Okutama Station to Mt. Kumotori via Mt. Mutsuishi, Mt. Takanosu, and Mt. Nanatsuishi. If you go this course, you will pass Mt. Ko-kumotori just before Mt. Kumotori. However, most climbers stay overnight at Nanatsuishi hut on the way. The Okutama hut closed in March 2019 and has now been removed and nothing is left. Staying in a tent is also prohibited (as of September 2021).

[Mt. Houei] A huge crater at the 5th station of Mt. Fuji and a superb view from its edge 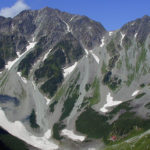 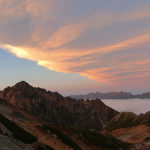